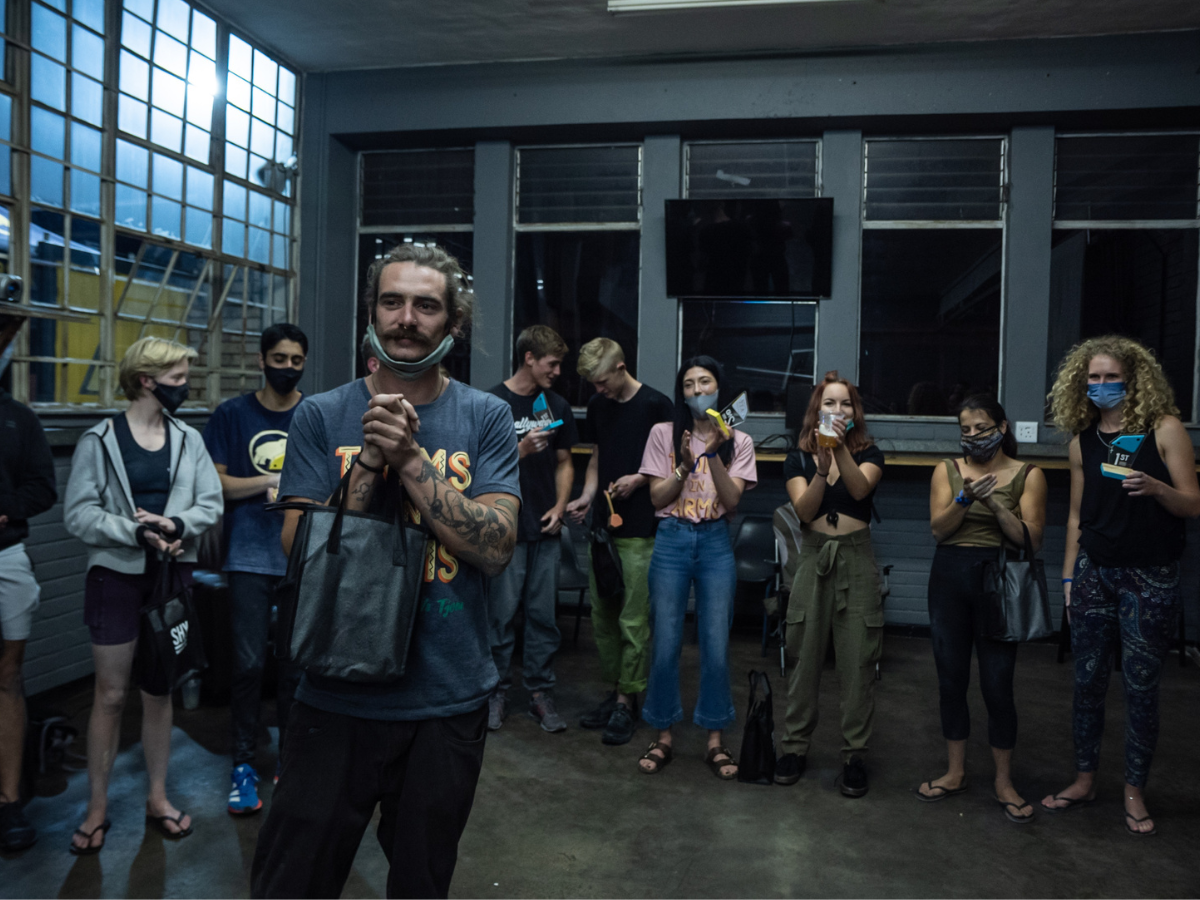 Let’s take you down a little trip down memory lane.

TIA was Friends and Allies first ever official Climbing Comp, and we did it in the typical FA style. Which was always going to be a little different. So what went down last year and why is this a climbing comp you don’t want to miss on the 2022 climbing calendar?

A little over a year ago, the time was coming for us to host our first in-house comp.

Originally, we were keen on the typical format but after really thinking of our climbing community, we dalladed some masala into that mix to come up with a completely different format. 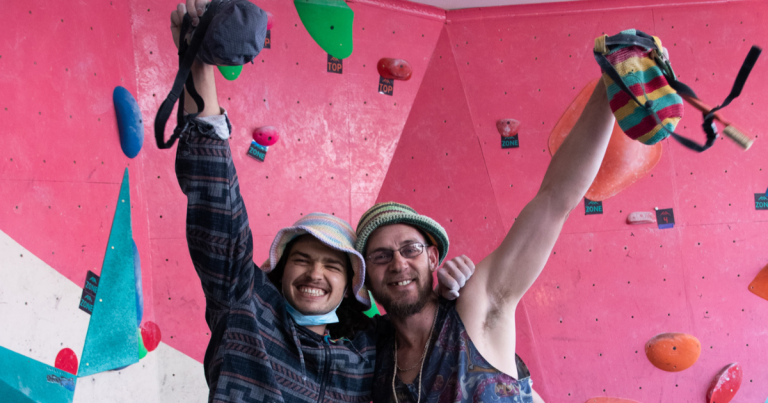 We really had a look at our role in the Johannesburg climbing community and the message that we are trying to convey as a climbing gym.

We are a friendly climbing gym doing our best to build a diverse climbing community in the Jozi climbing scene. We have built and will continue to build a community that encourages everyone to be stoked on what they bring to the community.

Throughout out musings and planning the idea of a partnered climbing comp came up but it wasn’t taken that seriously at first. This is because the idea was complicated and we were concerned that it wasn’t going to work.

Luckily, it worked! And the result was one of the best climbing days we’ve ever had in the gym. 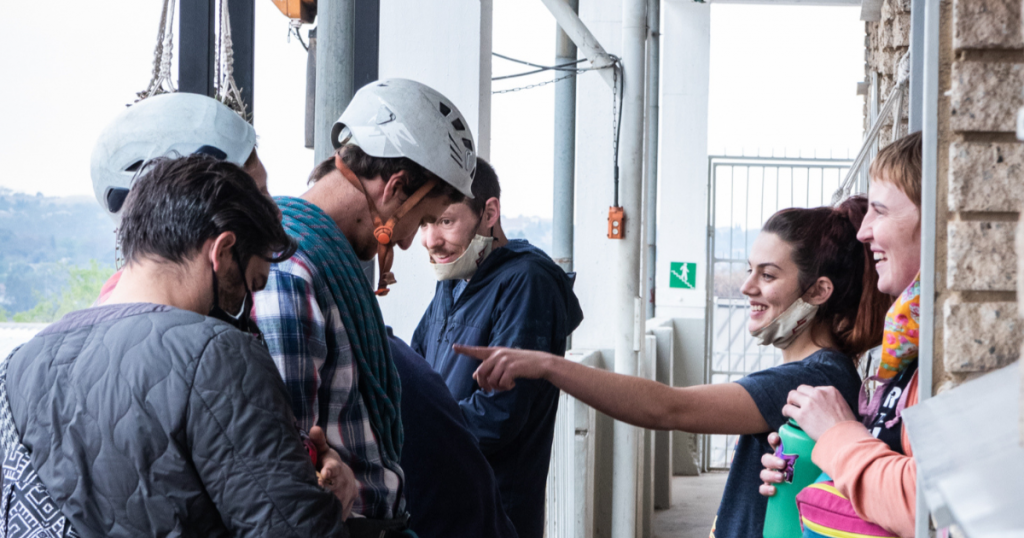 How Tjoms in Arms Works

The team format was something special, but it was the gees that people brought to it that made it work. Climbers came dressed up with their tjom and had a wild qualifying session, where the goal was to send as many problems as possible with their tjom. Climbing harder and more than many thought possible. A full 2 hours of pure froth.

The qualifiers took up the morning and then it was time for us to set for the finals.

Many hours and many people put a lot of effort into the setting. It’s funny that people are only able to climb the 30 amazing boulders for two-hours. Once your two hours are up those problems are gone forever. So if you miss it, you miss it.

The excitement grew as we made our way closer to the finals.

Tjoms in Arms turned into one of the most exciting spectator comps we have ever been a part of. A session styled final where the male, female, and combined teams all climbed side by side as they sessioned the problem together. It was a never ending stream of climbers throwing themselves at the problems! 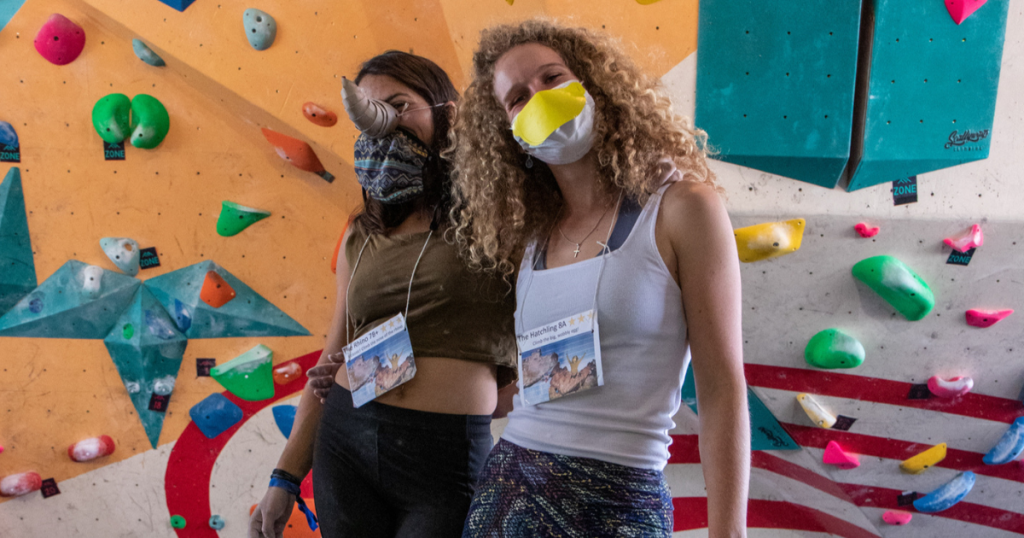 Most climbers know they are not going to make it to the finals, but everyone was equally excited to be there watching and encouraging their fellow tjoms in the climbing community.

Having a good time is easy to do when the vibe is psyched and the sound picked up as we grooved into an afterparty.

It was just after this comp and the feedback we got from the community that the Friends and Allies Fables came to life. Six chapters spaced 6 weeks apart helping the tjoms discover their fabled climbing powers. After a full year of sessioning. We are coming into the final chapter, the Tjoms in Arms! 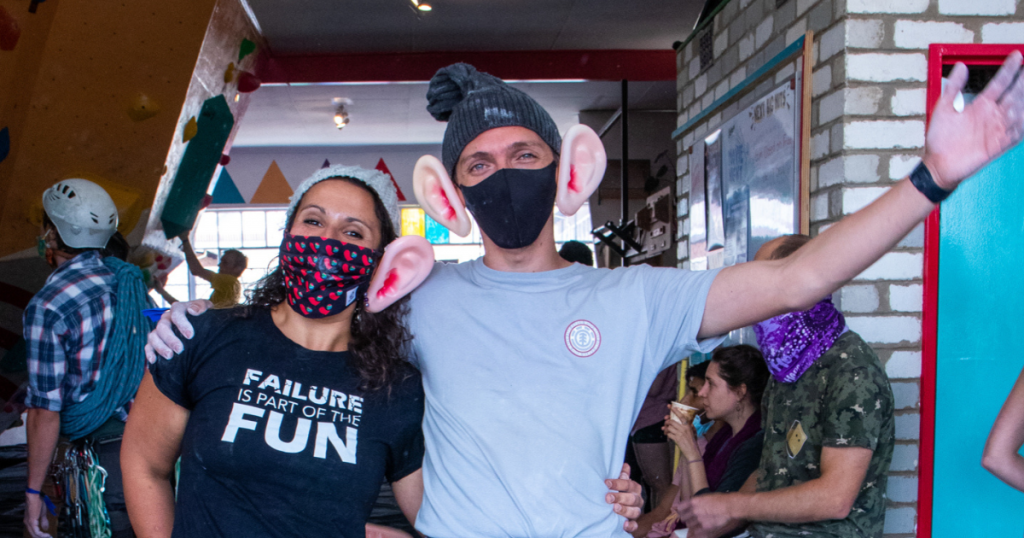 Experience The Ultimate In Johannesburg Climbing

This comp has had a profound and long-lasting effect on everyone here at Friends and Allies.

Almost a year later and we can feel that psyche building. Teams are forming and the froth is flowing.

FA’s premier community driven climbing comp is something that you and your maat don’t want to miss!

When – 3rd of September 2022.
Where – Friends and Allies Climbing Gym 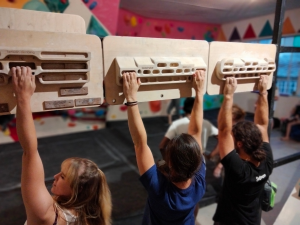 The Campus Board & Training Harder

The Origin Of Campus We’ve all heard people shouting this 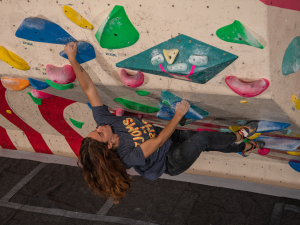 Women’s Day – We Move Up

Women’s Day At FA Joining Friends and Allies a year 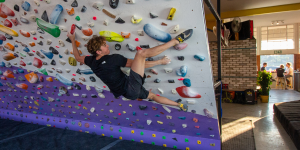 Friends and Allies uses cookies to deliver the raddest online experience possible. Get into the 'finicky legal stuff here'. By using our site, you agree to our use of cookies. Leka!Privacy policy