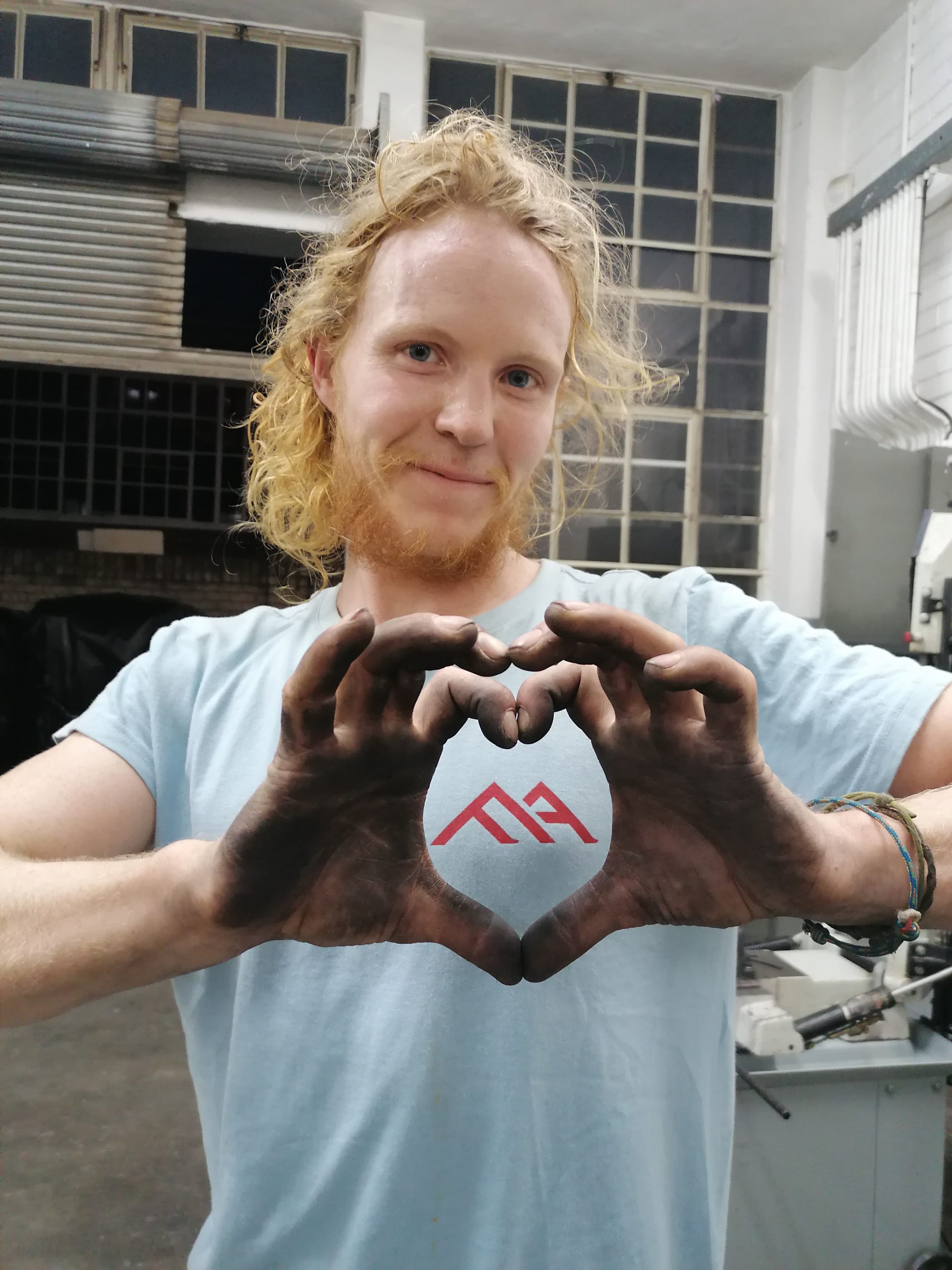 A trip down memory lane

As 2021 is coming to an end it’s important to look back and reflect on what once was. A FA Onsight year that was filled with firsts, laughter, excitement, friendships along with some crazy ups and downs. Yet the gym is still not  a year old. But the December break is a perfect time to take a trip down memory lane.

One month till opening. January was a wildly fantastic month. Coming back from the December break we had a lot of energy to get things done and to have a gym ready to open on Monday the 1st of February 2021. It’s funny how we put ourselves under pressure to open the gym then. After only starting construction on the 22 of October and breaking for the holidays on the 16th of December, we somehow decided that that’s the date we will open on.

The hustle and bustle was real that month, as we had not even finished putting up the walls. We had an amazing bunch of people that came from the community to help get this project done. Many days of sanding and painting. Sleep overs in the gym and bribing our community with beer to have a pretty complete and functional gym open to Joburg on the first of February. 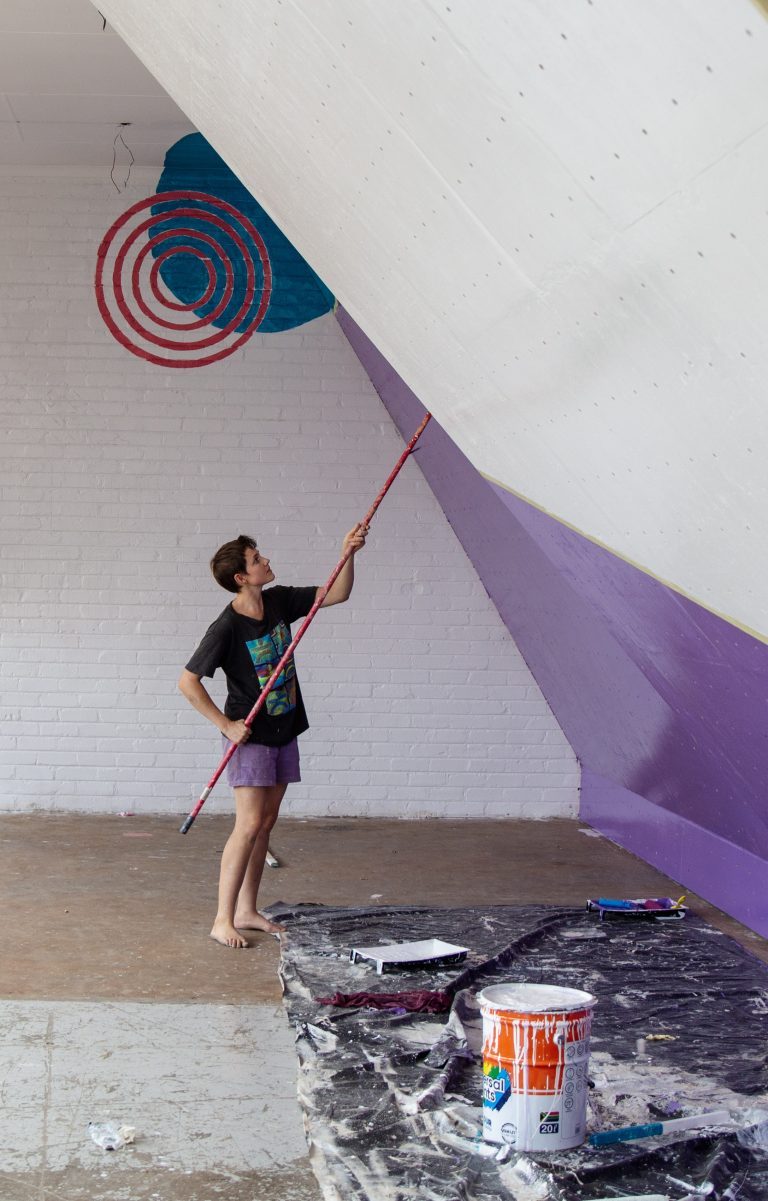 This entire year has been a year of firsts with a lot of learning. Everything we did, we did on the fly, making it up as we went. And there was a lot of making up what we did. We made up about 25 events throughout the year. Some big, some small. The month of February was absolute chaos. The psyke of having just opened a new gym keeps us busy for the month to come. We continued building and finishing the gym up, by the end of February the shop was done and the FA balcony was almost ready.

We started March with a safety meeting at Strubens and planned a series of slack sessions in preparation for the 2021 Mayhem Mountain Festival. The MMF took up most of April with over 70 people joining the festival, but there was still time to have a community Wilds bouldering session. There were braai days, movie nights and an unforgettable camp cooking experience, so unforgettable that we’ll definitely do the camp cooking experience again in the new year!

It was on the public holiday in March that the FA Gatherings started becoming a thing. We don’t open on public holidays as we believe you should be out and about climbing on a rock somewhere. Because we don’t open, there is always something happening and you are always invited to get stoked with your Friends and Allies! 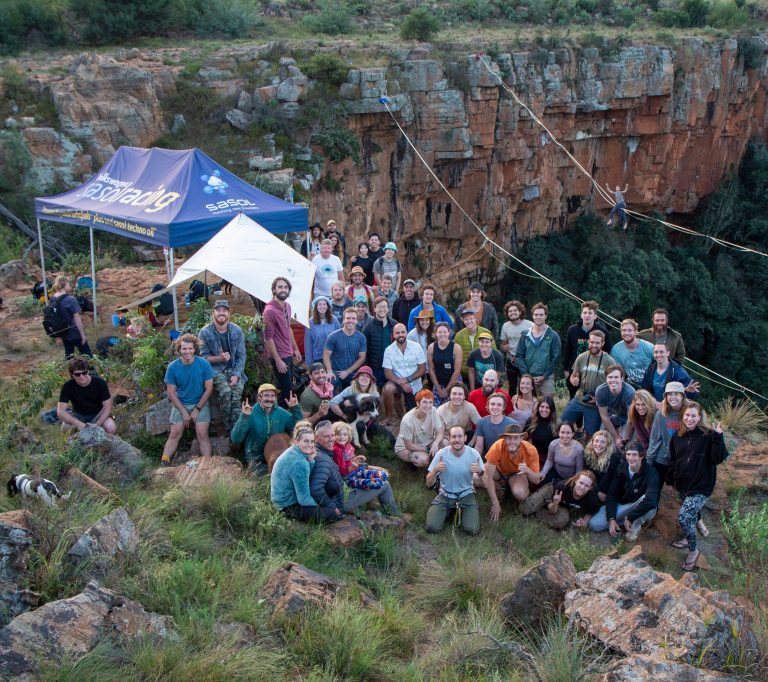 As we entered the winter climbing season the gym was starting to settle in. Sadly we had to close our doors for 2 weeks due to Lock Down Regulations and we did our best to keep the psyke high. We hosted online movie nights, expedition and mindset talks as well as training sessions. This was an interesting time. Having to come up with things quickly and learning how to navigate and bring people together in the virtual world.

Coming straight out of lockdown into another week, many of our maats gathered at Spark Cafe to watch Climbing debut at the Olympics and support our athletes! It was an extremely special time having the community come together and support SA’s Olympic Climbers!

The vibe was again on the rise and who are we to slow it down. We tried to bring our Friends and Allies closer together and get as many people to experience climbing in all its forms. Friends in the City was a month-long boulder league in partnership with CityRock. This allowed members to climb at both gyms while a route setters swap allowed for everyone to experience different styles of climbing. This truly was a chaotic month of good hard climbing. 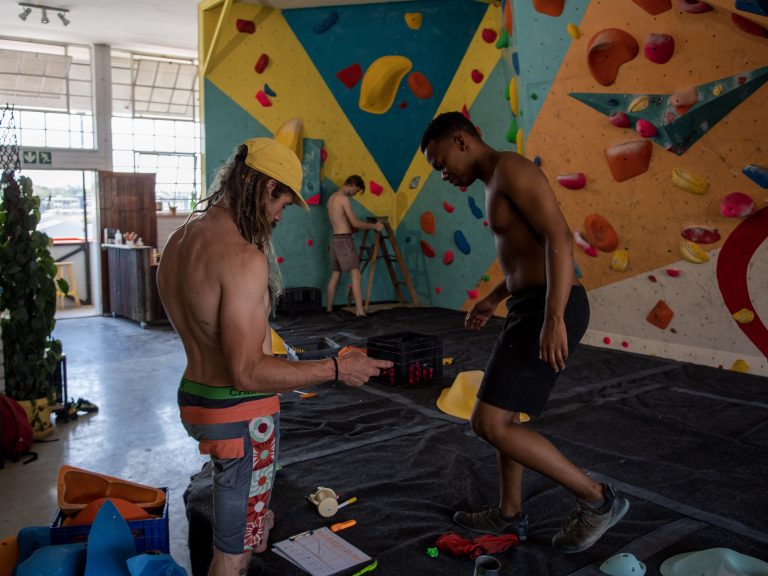 After this chaotic month of climbing we pushed a bit further to get people outside and decided to hold a Pre Kloof fest. This was a mini fest to get people oriented for the main one, so a bunch of maats, some old and some new, set off to the Tonquani Junction in the Magaliesburg to help people understand what outdoor climbing is all about. A perfect opportunity to get yourself out there, meet some new Friends and Allies and learn about climbing in a new space.

As crazy as it seems, we then decided to host Tjoms in Arms! FA’s first in house boulder comp! So far we’ve done nothing by the book this year, so why would we start doing that with our boulder comp. We brought a new, fun and exciting approach to the climbing comp scene by having a partner competition. This was a first of its kind and was well received. By far the biggest and vibiest event we have hosted. We are even more excited to see what next year has to bring with future T.I.A Comps!

We rolled things over into the main Kloof Fest. Playing big in the mountains and rigging a beautiful 110m highline. Taking so many people out and showing them how to operate in what some would consider untouched wilderness was a big privilege for us! Seeing the smiles, first times and looks of wonder at nature is why we will continue to work to get people out there! 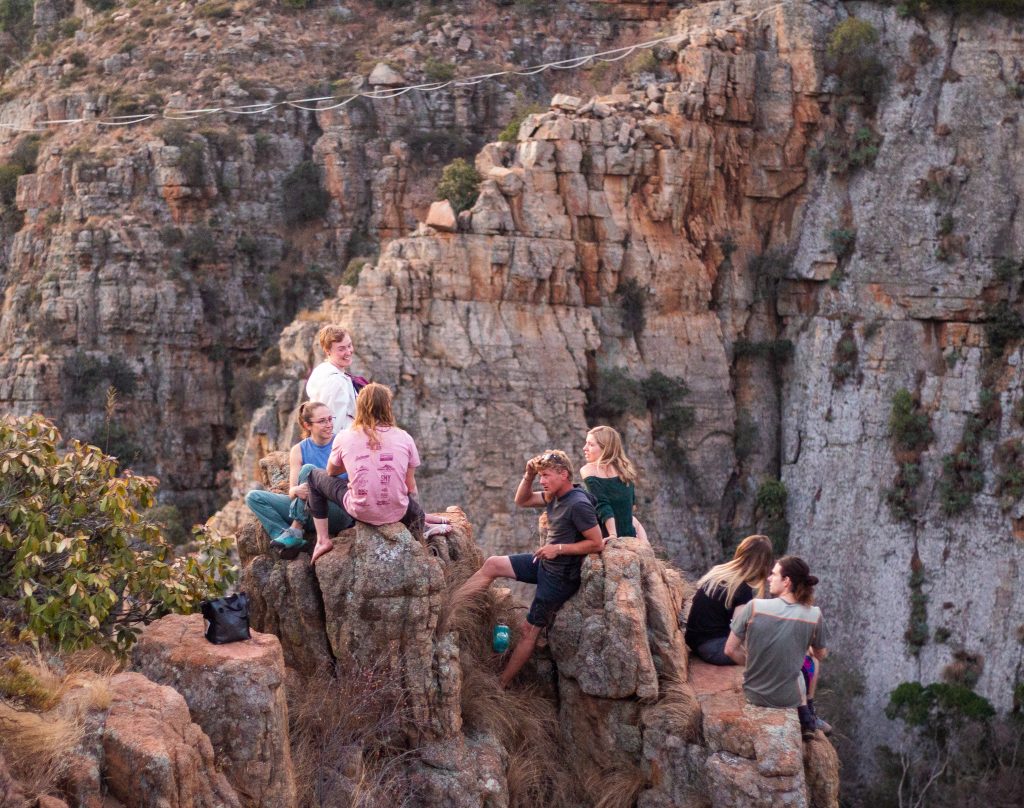 Making time to give back

The very next weekend we headed to Boven to help out the Emgwenya Climbing Club with their open weekend. It was a great opportunity to get to learn the local climbers there and share some beta and tricks of the trade with the club’s super psyched kids!

Leash up the Dragon was something that was also in the works for over a year and we were beyond excited when it eventually all came together. An unbelievably shot, documented and produced film by Ruan Kotze focusing on a bunch of Scallywags going to play in the Drakensberg mountains and rig what is the first and highest highline in Africa. After premiering the film in Joburg and down South in Cape Town, we also had the chance to show it to the Emgwenya Climbing Club, with Rock ‘n Rope hosting the evening for us!

Whispers of Wilge was the last gathering of the year where we gathered at Wilgepoort Dam to engage in some trad climbing, deep water soloing and raft building. We also gathered under our covers in the rain drinking coffee and laughing as we talked late into the night about the day’s adventures. It seemed that this weekend coincided with the most rain Gauteng has received in the last 7 years. What made it extraordinary is that every single person did not mind the rain, but relished the time spent under a tarp chilling the night away with maats! 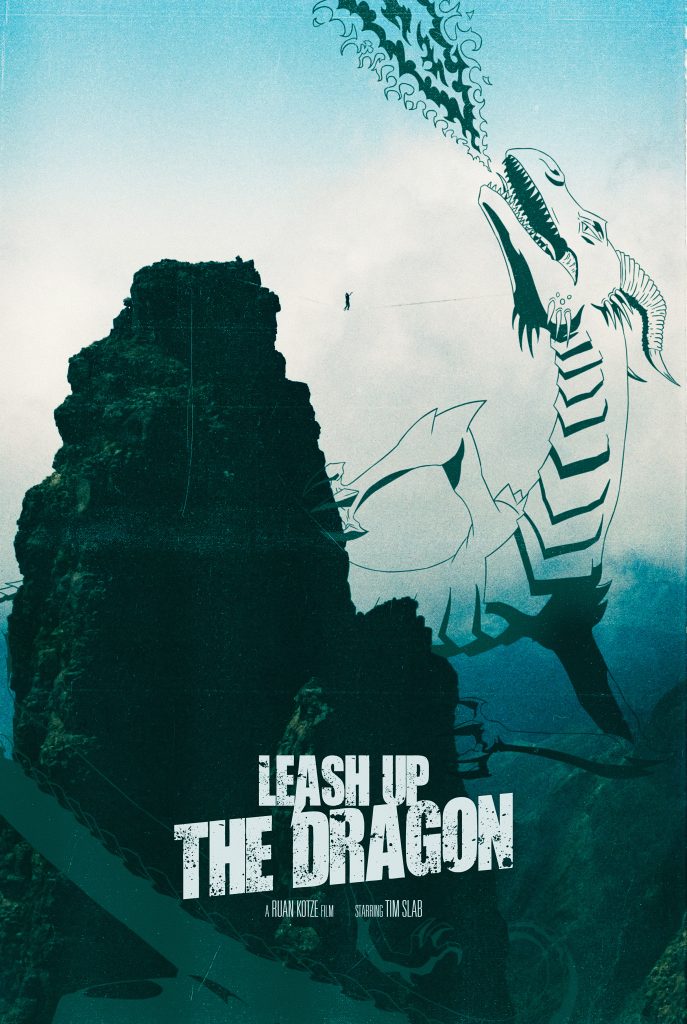 Last but not least we are prepping for the African Continental cup on the 16-18 December. A last bit of effort from our side to help grow and support the sport of climbing in Africa and South Africa in particular!

After all this is said and done and we are able to look back at 2021 I think we can all agree that now it’s time to kick back and take it easy. We have had a big and unforgettable year, no doubt about that. December will give us the time to have a bit of a break and to spend some quality time with friends and family. We will be closed from the 20th of December up  until the 10th of January. Enjoy this time away from your Friends and Allies, because before you know it we’ll be talking about your December adventure on the FA balcony as if we never closed.

Until then keep it safe and stay blessed! 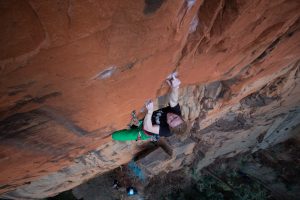 Climbing Shoes In Need Of Replacement?

Luckily, we have FA crusher helping all the Friends & Allies understand why the Tenaya Oasi are climbing shoes you need to know about in 2022. 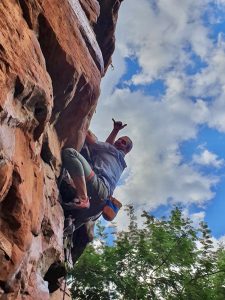 My name is Aidan and I’m the newest crew member at FA. I am super psyched to join the team and get people climbing on the wall and outdoors. 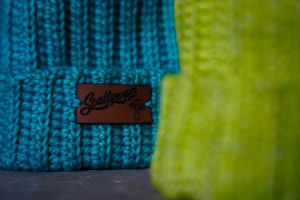 Scallywags and Mamma Mushroom have been working to make some limited-edition crochet beanies designed for the scallywags out there.